It is unquestionable that the recent waves of population who have fled their home in Syria and other Middle Eastern countries have caused one of the most severe humanitarian crisis in modern history. The geographical proximity, the relatively easy accessibility by land and the welfare-based State governance of Europe have turned into the main destination point for the more than two million refugees who arrived since 2015. 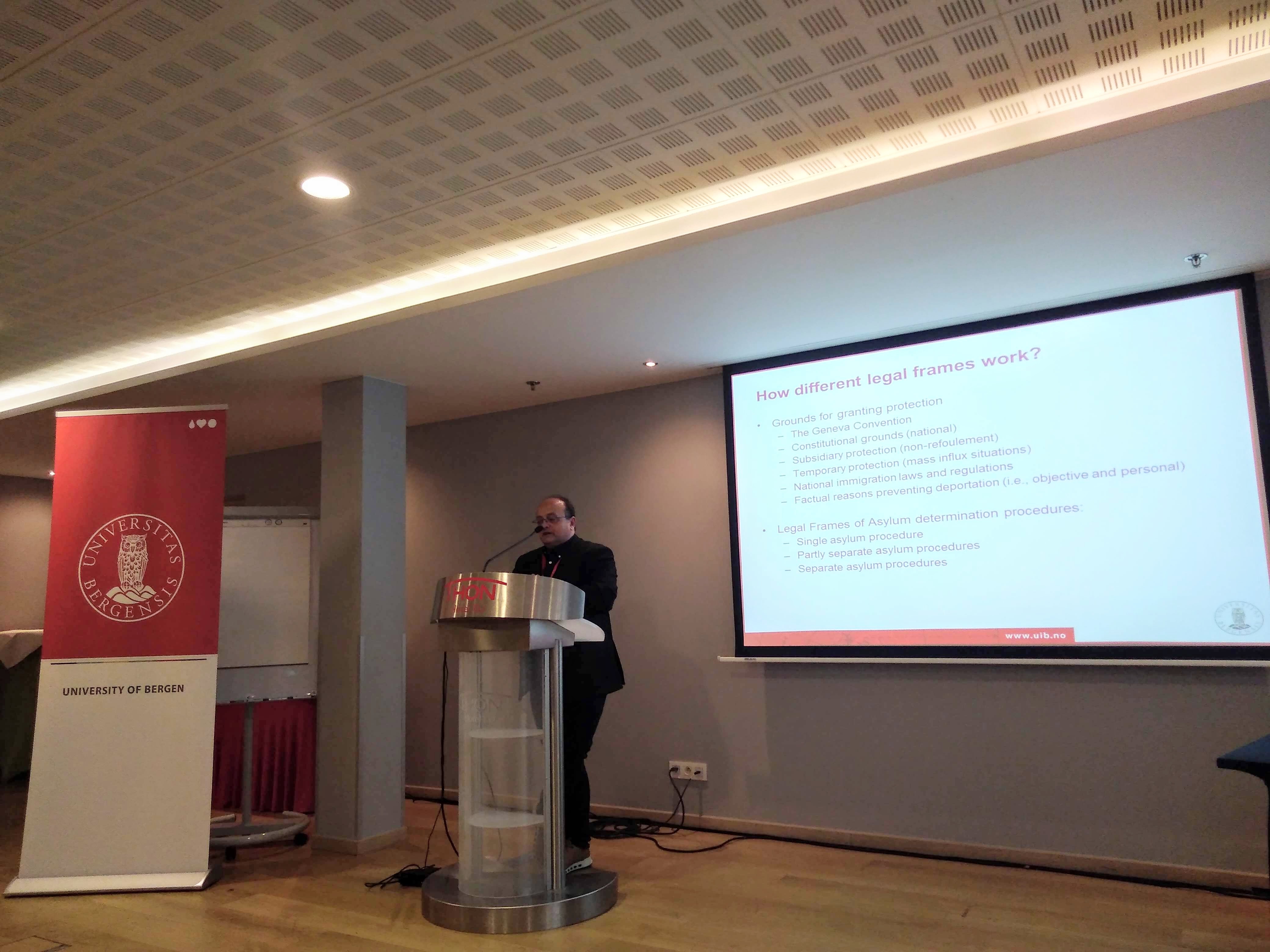 Precisely this was the topic of the conference held in the magnificent Thon Hotel EU the past Thursday 23rd of May. Under the title “Whither European asylum policy? A pendulum between universalisation and re-nationalisation”, the University of Bergen put together a high-profile panel of experts who shared their opinion on the new Common European Asylum System, which aims to harmonise the asylum procedures of all Schengen States.

The CEAS will gather the most effective practices that Member States have been applying up to this date to homogenise the European asylum regulation to grant an equal protection to all asylum seekers regardless of the country they first set foot on. However ideal this may sound, it seems that the response mechanisms currently in place in the different Member States are overall extremely lacking both in securing a protective environment for the refugees and in providing a cost-efficient solution for national governments. In the words of Mr. Hakan G. Sicakkan, convener of the conference, most Member States are strategically neglecting the Geneva Convention guidelines for humanitarian protection by creating their own national citizenship model that best fits the political orientation of the parties in power. His eye-opening statistical studies based on regressions were followed by a very grounded, straightforward insight into the States’ political game by the Member of the European Parliament Mrs. Jean Lambert. “States are unable to look at each other’s systems and learn from their neighbours”, she pointed out as an example of the Member States’ lack of solidarity. And precisely about this word was the speech given by Twente University’s professor Claudio Matera, who compared it to the principle of loyal cooperation to which all EU countries are subject under article 4(3) of the Treaty of the European Union. The attendees also got an insight into the reality of “protected refugees”, who are left in a sort of non-juridically defined “limbo” where their mental and emotional welfare is put at risk due to unjustified prolongation of the waiting time to receive official refugee status. Following a deep exploration of the IR measures currently in place in Norway – which according to Ms. Bendixsen are greatly feared by the refugees they are directed at, due to their inefficacy – the conference gave place to Mr. Stephen Ryan, Deputy Head of Unit for Asylum in the European Commission (DG Home Affairs). Mr. Ryan highlighted the benefits of the new CEAS as a long-term politically sustainable and coordinated mechanism. While he pointed at human dignity as the red line that no country should ever cross, he mainly favoured the creation of a uniform policy that distributes the burden of hosting in an organised way and takes a realistic approach towards the financial and political capabilities of national governments. The last speaker to intervene was Mr. Dominique Guibert, president of the European Association for the Defense of Human Rights (AEDH), who provided seven steps (in French) towards improving the situation of both refugees and host countries – amongst them, he highlighted strengthening the EU Agency for Fundamental Rights (FRA) and investing a lot more in development in the origin countries to tackle the problem from the root.

The conference finished with a compelling roundtable where all the present stakeholders could compare their stances towards revisiting the national asylum mechanisms to build a one-size-fits-all European system for protection of incoming refugees. We thank the University of Bergen and Thon Hotel for hosting such an insightful event, and we hope that the CEAS provides the solution that this unprecedented humanitarian crisis has been calling for.