A Europe closer to citizens?

Cohesion policy is the European Union's strategy to promote and support the ‘overall harmonious development’ of its Member States and regions. It is enshrined in the Treaty on the Functioning of the European Union (Art. 174) and it aims to strengthen economic and social cohesion by reducing disparities in the level of development between regions.

In order to reach these goals and to address the diverse development needs in all EU regions, € 351.8 billion – almost a third of the total EU budget – has been set aside for Cohesion Policy for 2014-2020. European Cohesion Policy receives funds from the European Regional Development Fund (ERDF), the European Social Fund (ESF) and theCohesion Fund. 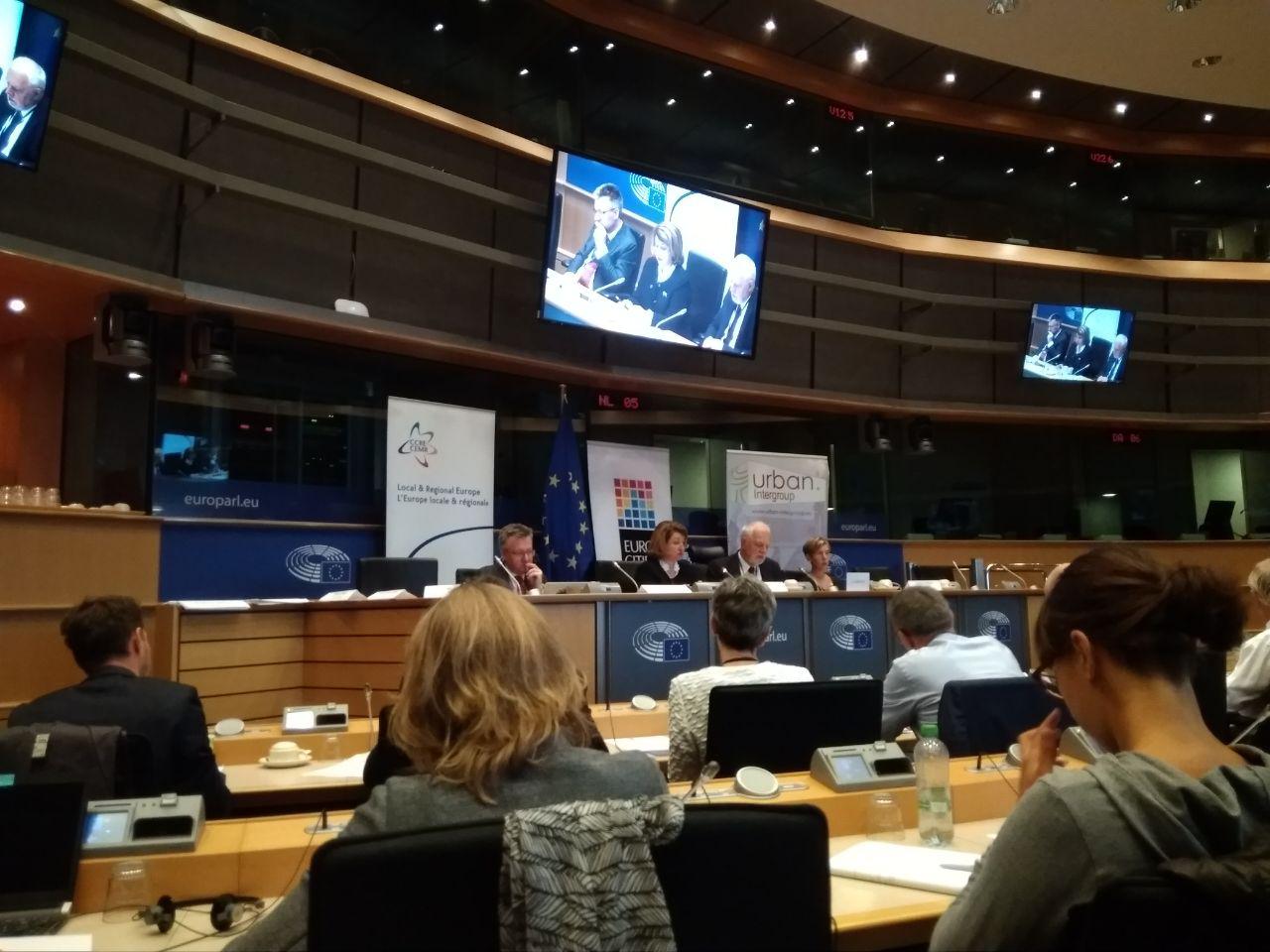 On the 4th September 2018, EUAbout attended the conference “A Europe closer to citizens? – The urban and territorial dimension of cohesion policy post-2020” where representatives of the European Commission, the Council of European Municipalities and Regions (CEMR), the European Parliament, EUROCITIES and the URBAN Intergroup debated about the future of the European Cohesion Policy post-2020.

While the current policy focuses on 11 thematic objectives, European Commission new proposal is focused on five priorities that will drive EU investments:

- a Greener, carbon free Europe, implementing the Paris Agreement and investing in energy transition, renewables and the fight against climate change;

-  a more Connected Europe, with strategic transport and digital networks;

- a Europe closer to citizens, by supporting locally-led development strategies and sustainable urban development across the EU.

Moreover, the urban dimension of Cohesion Policy is strengthened, accounting for 6% of the ERDF dedicated to sustainable urban development.

The Commission has also proposed to reduce the budget devoted to the Cohesion Policy from 34% to 29%.

On the other side, CEMR is particularly concerned about the decrease in the budget, believing that the reduction of funds would reflect a significant loss of ambition at European level and that it would have an impact on the Union’s ability to meet the common European objectives.

CEMR expresses its concerns also about the continuity of the integrated territorial development approach across ERDF, European Social Fund Plus (ESF+), European Agricultural Fund for Rural Development (EAFRD) and European Maritime and Fisheries Fund (EMFF) in the period 2021-2027, since the Commission is proposing to exclude rural development from cohesion policy and lowering the territorial approach in the European Social Fund+.

The debate clearly showed that getting Europe closer to citizens is an important policy objective, necessary to promote sustainable development and to respond to the expectations of citizens. The future foreseen by the Cohesion Policy post -2020 includes more efficiency, simplification of rules, more impact capacity, more ability to solve problems and reinforcement of the partnership with citizens, as Anna Lisa Boni, EUROCITIES General Secretary, has stated. All these objectives will affect the EU general approach in the future, as long as its targets and their achievement but, as Fréderic Vallier, CEMR General Secretary, provocatively stated at the end of the debate, “can we convince citizens about what we are doing?”

European Union is keeping on work towards a new Cohesion Policy for the period 2021-2027.

Council of European Municipalities and Regions:

- CEMR 10 key messages on the European Commission’s proposals for the future of cohesion policy, 28 August 2018;

- Declaration on the Commission proposal for the Multi-Annual Financial Framework (MFF) on regional development and cohesion, 11 June 2018.

European Committee of the Regions: